The Athenaeum opened in 1911 and was constructed by St. Alphonsus Church as a recreational center serving the mostly German community. The building featured a 1000 seat theatre for German Operetta, A gymnasium, bowling alleys, music and meeting rooms. Over the years, meeting rooms gave way to classrooms and the theatre became a temporary church in the early 1950's after a devastating fire damaged the church. Today, under the direction of SCT Productions, the Athenaeum is once again fulfilling it's original purpose. Offices and studio Theatres now occupy former meeting room space and the 1000 seat theatre has been updated. 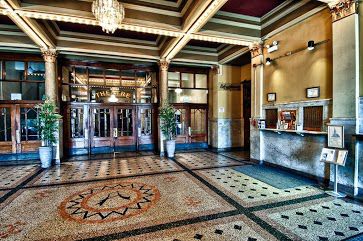