One of Chicago's best equipped multimedia facilities, this historic theatre has been an integral part of the entertainment scene since it opened in the 1920's. Years later the building became the Town Theater, a neighborhood movie house, until 1977 when it was transformed into into Park West. 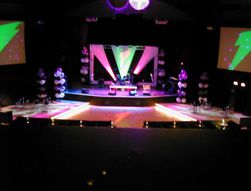